Non-attendance of students at lectures is not a new problem. Reports from 2001 state that “QAA/HEFCE policy documents have shown that student non-attendance at lectures is an area for concern” (Morgan, 2001). Studies from the 70’s, 80’s indicate that attendance and provision of written materials has been an issue for many years and it is possible to cite references from the 14th century raising concerns for non-attendance by students. Students have been absent long before the VLE was in place. The historian, Barbara W. Tuckman (1979, p.119) states that in the fourteenth century “dwindling attendance at Oxford was deplored in sermons by the masters”. However the curse of the Black Death has all but been eradicated and is no longer a major issue.

Non-attendance by students has been reported for decades and the same issues are cited again and again. Some of these are discussed below and include poor delivery, irrelevant content and lack of motivation. Interestingly, the use of technology and providing material either written or recorded is not cited as a major factor for non-attendance in peer reviewed articles (Billings-Garlairdi and Mazor 2007), but is recorded in discussion boards and blogs, with students stating they do not need to attend if notes are given. The provided materials appear to act as a fallback with the major factors cited for non-attendance being that lectures are boring, badly delivered or not relevant to assessment.

Kottaz 2005 lays out the idea that low attendance can be speculatively linked to low motivation in the subject. Gump (2006) reports a strong statistically relevant correlation between the importance that students place on attendance and the resultant attendance rates (p < 0.05). If they don’t see the importance, they are not motivated to attend and so don’t. In addition, high attendance has been cited as correlating with marginal (Rodgers 2001) to good (Friedman et al 2014) increases in attainment.

So why then is motivation low? Student learning is motivated by both extrinsic and intrinsic factors. It has been argued that some see education ‘as a means towards some end, rather than being valuable in its own right’ (Coxon et. al 1994).

“You don’t pay for the education, you pay for the piece of paper at the end of the x years.”
The Student Room

This is not true for all and there is an inherent difference between those students who choose to learn and those that have to learn. The extrinsic factors at HE level are good grades, wanting to be the best at a task or to gain qualifications for employment. Intrinsic motivators are that the task is worth doing for its own sake. As a consequence of these, attending tutorials is seen as a major priority for students who are intrinsically motivated. Extrinsically motivated students can also be motivated to attend tutorials and would not miss them if they considered the tutor to be good at his/ her job or if the task is in some way linked to attainment (Kottaz 2005).

Given that academics have an intrinsic will to learn, there may be a mismatch between the motivation of the staff who see learning and research as an intrinsic motivator and students who see needing to learning and research as an extrinsic motivator. Students who do not enjoy learning for learning’s sake may not attend lectures where the learning is not clearly linked to some form of tangible output and these students will only attend lectures if they see value in them (Massingham 2006). This view is echoed by Billings-Gagliardi with the most frequent reason given by students for attending consistently being the anticipated benefit to their learning. A study performed at MIT also came to the same conclusion (MIT Faculty Newsletter).

“I like to learn by trying to absorb everything that’s offered.”

Students expect to have learning material (PowerPoint) prior to the session and in many institutions it is a requirement that this happens. Lecture capture is also becoming common, with the worry that this will lead to poor attendance. There are accounts that providing written materials in the form of notes could affect attendance from the 70’s and providing access to that content is often a University requirement.  Conflicting published reports suggest that providing electronic materials both reduced attendance in some cases and had no effect . A recent Jisc survey reported that 84% of students “felt that recording would not stop them attending lecture“. In a separate survey, students report lecture attendance on a case by case basis with a “cost benefit” to their learning. If the students perceive that if they won’t learn they won’t go . 90% of students questioned said that electronic materials had no effect, either positive or negative, on their decisions regarding lecture attendance and access to electronic materials did not influence students’ choices on attendance (Billings-Gagliardi and Mazor 2007). Recording of lectures in a group of medical students also showed no effect on attendance (Rae and O’Malley 2017). von Konsky, et al. did a direct comparison of attendance at the lectures, alongside viewing of recorded material available as a Podcast, concluding that it did not affect attendance. The recorded material was not accessed during study weeks, but was accessed close to submission points. The study also demonstrated that passing students were more likely to access the recordings, but access rates did not improve overall performance. This strategic use of the capture material was also reported by Yeung et al similarly stating recordings were accessed close to submission points. Those students who were failing in the module neither attended the lectures nor accessed the recordings. This finding of student disengagement in the whole delivery, both on and off line, was also observed by Yeung et al reporting that students who did not attend lectures would also not watch the online material. Failing students then did not engage at all. Owston et al. report that providing recordings of lecture material is more likely to benefit poor performing students with high performing students reviewing specific sections of the lecture. This observation is also echoed by Gysbers et al. who noted no change in lecture attendance as a result of lecture capture. The students in this study report that the lecture provided a disciplined learning environment and a scholarly community. There was also a worry that lecture capture did not capture everything that occurred in the room. These observations highlight that students will attend the lecture if they get value from them.

Several studies have shown that attendance can be affected by lecture capture with numbers such as 31% of students stating they no longer attend as often and 25% stating they no longer attend at all (Harley et al 2003). Traphagan 2005 also reported that there was a drop in attendance to 51% from 60% in lectures that were recorded. On questioning 71% of students reported that the reason for non-attendance at the lectures was because they were recorded (Traphagan 2005). Owston et al. also report a slight drop in attendance as a result of lecture recording, however there was no statistical significance in the final grades with some high achieving students not attending at all.

These conflicting studies either showing lecture capture has no effect or a diminished effect on attendance, would suggest that there is more going on behind the willingness to attend. We are in a situation where we provide materials around the delivered content. The provision of material may affect attendance, but the format of that material does not.

The draw of the lecturer

It is speculated by Billings-Gagliardi and Mazor that an unanticipated side effect of technology may be heightened student awareness that the lecture is a poor vehicle for dissemination of facts. Within this study, previous interactions with the lecturer was the major consideration for attendance.

“If the lecturer is engaging and you actually learn material during the lecture then it’s worthwhile. If someone just presents a list of facts, or doesn’t bring the material alive, then it’s probably better to just learn the material on your own.”

Most respondents made deliberate attendance decisions. Decisions were influenced by previous experiences with the lecturer, predictions of what would occur during the session itself, personal learning preferences, and learning needs at that particular time, with the overriding goal of maximising learning. Students have also reported that in overcrowded classes, lecturers are not interested in student participation or that only those sitting in the front rows can benefit (Leufer and Cleary-Holdforth, 2010). Gupta and Saks 2013 also report that the lecturer was a key factor in attendance decisions and that recording the lectures had little effect. Student discussion forms are a candid environment to gain insights into the student mindset that might not come across in formal questioning. As an example, this quote highlights that boring lectures are not worth attending and this non-attendance is compounded if notes are online.

“I would often go in, sit through a boring as hell lecture then just be annoyed that I’d paid money to get there and didn’t learn anything. Plus – all the lecturers’ notes/presentation etc are put online.

If the material is available elsewhere why bother going to a dull lecture to hear the same thing?

Other reasons for non-attendance

In a cohort of nurses, medics, dentistry and pharmacy, 47% report that lecture attendance is essential and 58% report that it is important to attend lectures to maintain a high level of achievement (Bait et al. 2012). A range of reasons were given for non-attendance with the main reasons recorded as not having enough sleep (65.2%) and being ill (59.6%). The lectures (45.8%) or the lecturer (41.1%) being boring were also cited as reasons for non-attendance. Similarly, a study by Billings et al (2007) reports that the lecturers being boring was responsible for 40% of the non-attendance. Only a small number of students in this cohort reported being in employment and so this was not flagged as a reason for non-attendance. Employment commitments have been flagged as a factor with students reporting that they have to undertake part-time work (Guardian 2001), however, the scale of this issue is not clear.

Assessment and the risk of failure

Attendance, however, is linked when non-attendance would lead to failure. Mattesinham reports that students attend 80% of tutorials when non-attendance below 75% would result in failure. With competing assessment pressures, studies as far back as 1992 have identified that students will complete assessments before attending lectures (Fleming, 1992). Careful timing of deadlines should therefore be considered when planning delivery. A study by MIT indicated that the level of challenge in the lecture can also be an issue. Students responded saying:

“that if they don’t find the material challenging or if they are doing well in the class, they may decide to allot time they would otherwise spend on the class – including attending lectures – to classes they find more challenging, especially at the busiest and most pressure-filled times of the semester”

In summary, students will attend lectures if they think that they are going to learn and benefit from the experience.  Assessment is a driver for attendance if the assessment is linked to the lecture content. Badly delivered lectures with supporting content in the form of either notes or recording give reasons for non-attendance, whereas a history of well delivered meaningful material linked to assessment encourages attendance.

8 thoughts on “Why do students not attend lectures?” 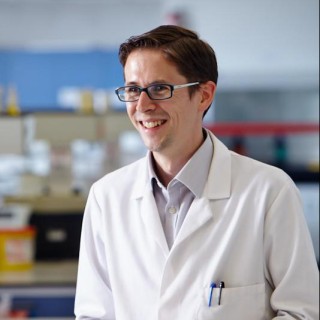 National Teaching Fellow of the Higher Education Academy. My teaching is closely related to my research interests centered on how proteins within the brain, change their shape and come together, causing neurodegenerative disease such as Alzheimer's disease and Parkinson's disease. My research is focused on linking the shape and structure of proteins to their toxic gain of function through mass spectrometry, molecular biology and cell biology.